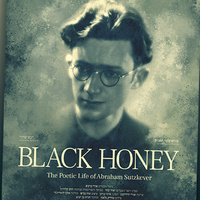 Black Honey: The Yiddish Poetry of Abraham Sutzkever and the Art of Translation

Join the Jewish Studies Program and LMU Hillel for a talk by Dory Manor - the prize-winning poet, translator and literary editor. Manor will discuss his Hebrew translation of the Yiddish poet Abraham Sutzkever, and will show clips from the new Documentary Black Honey (2018).

ABOUT THE DOCUMENTARY:
As long as Abraham Sutzkever lived, he wouldn't let a film about his life be made. Today, eight years after his passing, Black Honey tells the incredible story of the greatest Yiddish poet of modern times. The man who led the Paper Brigade underground movement that saved Jewish manuscripts from the Nazis, survived the WWII due to Stalin sending him a private rescue plane, testified in the Nuremberg Trials, and immigrated to Israel in 1947 where he led Yiddish culture, while writing in astonishing vitality. This film is part of a special project, The Hebrews, dedicated to Jewish poets.
(Director: Uri Barabash | Producer: Yair Qedar)