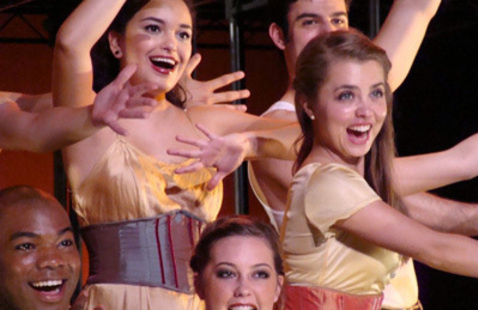 A fading ruler at the helm of a world in decline, King Berenger is having some trouble accepting his fate. His first wife, Marguerite, is intent on forcing him to face his mortality, while his second wife, Marie, wants to shield him from the bad news. All the while an eccentric mix of servants weigh in from the sidelines, with varying degrees of helpfulness. A very funny and deeply moving look at the end of it all, and considered an absurdist masterpiece. Exit the King is presented by arrangement with Concord Theatricals on behalf of Samuel French, Inc.

Exhibitions and Performances College of Communication and Fine Arts