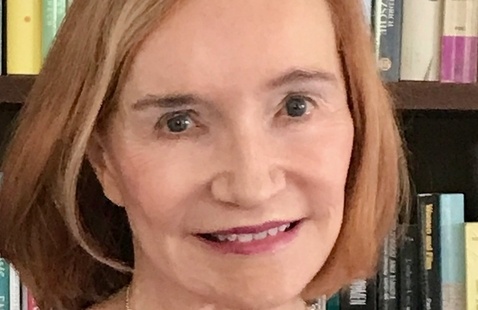 To register for this event: https://lmula.zoom.us/webinar/register/WN_qYvUSIzoQu6c6SGDdNKDzg

Students, staff, faculty, alumni, and any members of the public are all invited to the 2020-2021 series of Faculty Pub Night at the William H. Hannon Library. Eight LMU professors are selected annually to discuss their latest publication or project in a comfortable setting and format that welcomes diverse perspectives for an inclusive conversation aimed to educate the entire community. All Faculty Pub Nights are free and open to the public.

Due to its crucial location in the central Mediterranean, close to Africa and the Balkans, Italy in the early 1990s witnessed growing numbers of foreigners crossing its borders from the former socialist bloc and from the global south. Though traditionally a nation of emigrants, Italy extended to these aspiring immigrants an ambivalent welcome. Competing images of migrant mobility have emerged with remarkable prominence in the Italian media since that time,  as journalists, television commentators and filmmakers responded to the country’s unprecedented encounter with the phenomenon of mass immigration and to the Italian government’s simultaneous effort to assert the nation’s role as a member of the European Union, bound by the Schengen Agreement. Migrant Anxieties attempts to unravel some of the complex issues interwoven in the representation of immigrants in recent Italian cinema, revealing the shifting identifications and oppositions that have marked Italian society since the end of the Cold War. The films explored in the book raise questions related to Italy’s historically fragile sense of nationhood as well as its often poorly acknowledged histories of colonial conquest, emigration, and racism. While resonating with other films made elsewhere in Europe that have confronted the challenges of irregular immigration, the films produced in Italy bring to the fore a specific constellation of anxieties regarding the ongoing influx of people from beyond the nation’s borders as well as the presence of over five million residents of non-Italian origin already settled on Italian soil.

Áine O’Healy is Professor of Italian in the Department of Modern Languages and Literatures at LMU. Born in Ireland, she migrated to the United States as an adult to complete a PhD at the University of Wisconsin. She has taught at various universities in the United States, France, Ireland, Italy, the United Kingdom, and has won several grants, residencies, and fellowships, including a Fulbright to Italy, a Visiting Research Professorship at the University of Rome-La Sapienza, and the Daum Professorship at LMU. After receiving her Ph.D., she undertook additional training in film studies at the University of Southern California. To date, she has written, edited, or translated six books and has authored more than 60 articles on contemporary Italian culture and cinema, as well as on Irish cinema and transnational filmmaking. With Katarzyna Marciniak and Anikó Imre, she is co-editor of the Global Cinema book series for Palgrave. Her participation in Pub Night is centered on her recent book, Migrant Anxieties: Italian Cinema in a Transnational Frame, published by Indiana University Press.

For more information about this event, contact John Jackson, Head of Outreach & Communications for the William H. Hannon Library, at (310) 338-5234 or john.jackson@lmu.edu.