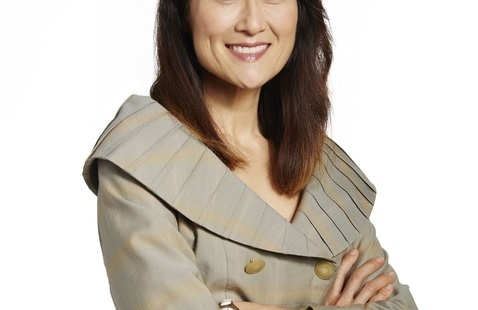 The first Faculty Pub Night of the 2022-2023 season features Nadia Kim, professor of Asian and Asian American studies (Bellarmine College of Liberal Arts). She will discuss her recent book, "Refusing Death: Immigrant Women and the Fight for Environmental Justice in LA."

Students, staff, faculty, alumni, and members of the public are all invited to the 2022-2023 series of Faculty Pub Night at the William H. Hannon Library. Eight LMU professors are selected annually to discuss their latest publication or project in a comfortable setting and format that welcomes diverse perspectives for an inclusive conversation aimed to educate the entire community. All Faculty Pub Nights are free and open to the public.

"Refusing Death: Immigrant Women and the Fight for Environmental Justice in LA" is based on years of ethnographic observation and in-depth interviewing. It explores how Asian and Pacific Islander (mostly Filipina) and Latina (mostly Mexican) immigrant women engage in struggles for environmental justice, that is, confront corporate and state power, neglect by the healthcare system and schools, and marginalization in the political process. The study is grounded in the industrial-port belt of Los Angeles, a hub of global commercial transit and the largest urban oil field in the United States. In response to drastic rates of asthma and cancer, Asian and Latin@ immigrant women (most of the Latinas are undocumented) confront nativist racism, classism, paternalism, and redefine citizenship not as voting or gaining formal political power, but as physically and emotionally supporting one’s families and communities in the face of neoliberalism’s physical and emotional neglect and violence. In this context, it is difficult to understand how the women push back if we do not analyze their view of how (White male) elites, and the system and institutions they represent, deploy raced and intersectional emotions for power projects; I argue such phenomena have been understudied. Ever more urgent, environmental racism and classism – and the fight against it – pervade everything, including why most of those hospitalized for and who died of Covid-19 were those whose bodies and emotional states had been compromised by hyper-contamination: Latinx, Black, Pacific Islander, and indigenous ethnics.

Nadia Y. Kim is professor of Asian and Asian American studies (and, by courtesy, sociology) at Loyola Marymount University. Her research focuses on U.S. race and citizenship injustices concerning Korean/Asian Americans and South Koreans, race and nativist racism in Los Angeles (e.g., 1992 L.A. Unrest), immigrant women activists, environmental racism and classism, and comparative racialization of Latinxs, Asian Americans, and Black Americans. Throughout her work, Kim’s approach centers (neo)imperialism, transnationality, and the intersectionality of race, gender, class, and citizenship. Kim is author of the multi-award-winning "Imperial Citizens: Koreans and Race from Seoul to LA" (Stanford, 2008); of "Refusing Death: Immigrant Women and the Fight for Environmental Justice in LA", which chronicles the embodied, emotive, and citizenship politics of Asian and Latin@ immigrant women’s fight for cleaner air in L.A. (Stanford, Spring 2021); and of award-winning journal articles on race and assimilation and on racial attitudes. Kim has also long organized on issues of immigrant rights, affirmative action, and environmental justice, some of which she has incorporated into her research. She and/or her work have also appeared (inter)nationally on National Public Radio, Southern California Public Radio, Radio Korea, and local TV news and in The Washington Post, The Boston Globe, The Korea Times, NYLON Magazine, The Chronicle of Higher Education, and elsewhere.

See also: Her interview on “Episode 97: How to Tune Out the Noise”, podcast on how to find peace in air- and noise-polluted L.A.

For more information about this event, contact the Outreach and Engagement team at the William H. Hannon library via email at library.outreach@lmu.edu or call 310-338-5234.