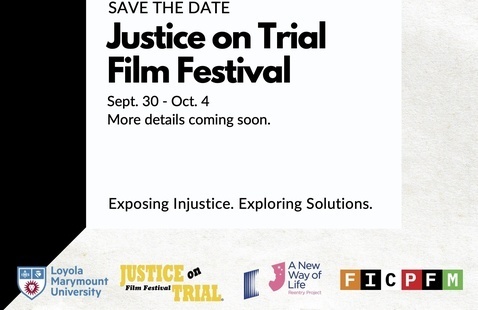 Join us on September 30th through October 4th for the Ninth Annual Justice on Trial Film Festival in partnership with A New Way of Life Reentry Project.

The Justice on Trial Film Festival speaks to the challenges of people caught up in the judicial system. They know only too well the pain and injustice—the jail house beatings, the solitary confinement, the stop-and-frisk humiliations, the selective prosecutions with bad plea bargains, and the unreasonably long sentences that they suffer. They are painfully familiar with the school-to-prison pipeline that puts so many young people, particularly those of color, at risk. But their voices are often unheard beyond their own communities. The film festival creates an opportunity to project their voices to a world deafened by the negative images and stereotypes presented by the media.