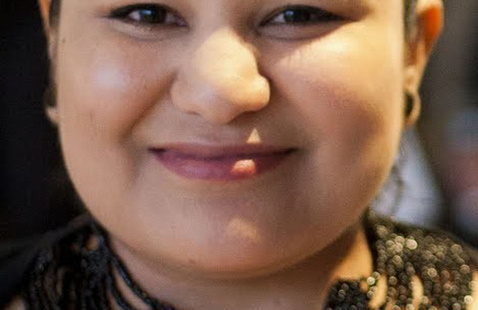 Selene Preciado is a Los Angeles-based independent curator and works as a program assistant at the Getty Foundation since 2015. Previously, she was a curatorial research assistant at The Museum of Contemporary Art, Los Angeles (MOCA), in 2013–2015. She worked at the Museum of Latin American Art (MOLAA) from 2009 to 2013, first as a curatorial assistant, then as an assistant curator. From 2005 to 2008, she interned and worked as exhibitions coordinator at various institutions in the San Diego/Tijuana area, including Centro Cultural Tijuana (CECUT), the San Diego Museum of Art, the Museum of Contemporary Art San Diego, and inSite_05. Preciado obtained a BA in Visual arts from the University of California, San Diego, and holds an MA in Art and Curatorial Practices in the Public Sphere from the University of Southern California. Her master’s thesis examined the first years of production of feminist Mexican artist Mónica Mayer. Preciado’s research interests include contemporary art and post-1960s conceptualist vanguards such as feminist art and performance art, with a special focus on Latin American art and its diaspora in the United States. She recently worked on an exhibition project for the Smithsonian Latino Center on the work of The de la Torre Brothers. Past curatorial projects include Customizing Language, the inaugural exhibition of the Emerging Curators Program at LACE, co-curated with Idurre Alonso (2016); José Montoya’s Abundant Harvest: Works on Paper/Works on Life, Fowler Museum at UCLA, co-curated with Richard Montoya (2016); In Search of an Exit (or Eight Characters in a Parlor), Heritage Square Museum, co-curated with the USC MA Class of 2015; MIXTAPE (2013); Marco Maggi: No Idea (2012); and Anywhere Better than this Place (2012) at MOLAA.

KaleidoLA is the Department of Art and Art History’s annual guest speaker series and is a featured program of the College of Communication and Fine Arts (CFA). For the past eight years, KaleidoLA has been a vital connection between Loyola Marymount University and the Los Angeles arts community. During 2020-2021, the Department of Art and Art History, in collaboration with LMU’s Laband Art Gallery, will thematically center artists whose artwork and lived experiences foreground issues of racial, economic and social justice. In light of COVID-19 restrictions, all lectures will be delivered live on Zoom.

To register for this event: https://lmula.zoom.us/webinar/register/WN_TiWh31FFRAKpHVXFc3ytHw