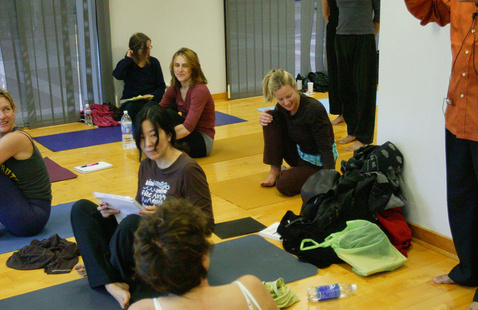 http://extension.lmu.edu/yoga #LMULifeLongLearner
View map Free Event
Add to calendar
Save to Google Calendar Save to iCal Save to Outlook

Referred to as the father of modern Yoga and credited with the revival of Hatha Yoga, Sri T. Krishnamacharya (1888–1989) was an Indian yoga teacher, Ayurvedic healer and scholar, and is widely regarded as one of the most influential teachers of the 20th Century. Some of his students include many of today’s most renowned Yoga teachers: B.K.S. Iyengar, T.K.V. Desikachar, Pattabhi Jois, and Srivatsa Ramaswami, Krishnamacharya’s longest-standing student outside his own family.

At Loyola Marymount University, Srivatsa Ramaswami presents his master’s teachings at the annual Vinyasa Krama Yoga Summer Institute. This annual institute is open to the public, and meets on the main (Westchester) campus of the university in Los Angeles.

Samkhya Karika, written by Iswarakrishna, is considered the most authentic text on this subject. It is considered to be the theoretical basis for Yoga darsana, and hence, many yogis, including Sri T. Krishnamacharya, would urge study of this text in addition to Patanjali's Yoga Sutras. It consists of 72 slokas, or verses, and is considered one of the great Sanskrit works. The author, some consider to be the avatara of the great Sanskrit poet and philosopher Kalidasa. All the slokas will be gone through verse by verse in this program.

Raja Yoga the subject matter of Patanjali's Sutras follows closely the tenets of Samkhya but comes with a methodical approach to reach the goal of Kaivalya the aim of Samkhya as well. Studying these texts simultaneously or in tandem will be very helpful for students of yoga. Hatayogapradipika characterizes hatayoga as an aid to Rajayoga. Krishnmacharya taught both these texts to his long time students. The 194 sutras in four chapters help to meet the requirements of all levels of Rajayogis, the entry level, the lifelong and the the consummate. The study of both the texts together would be very beneficial to committed yoga students and yoga teachers. The two texts will be taught for 20 hrs each, one in the forenoon and the other in the afternoon over eight days.

To Attend
This annual summer institute is open to the general public, and local housing accommodations are available at preferred rates. Registration for both classes taught by Srivatsa Ramaswami is available online:

Questions?
Contact the Center for Religion and Spirituality at (310) 338-2799 or email yoga@lmu.edu.