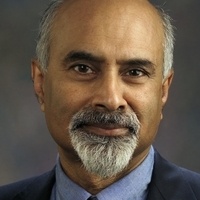 The Center for Religion & Spirituality invites you to the first and keynote Yoga, Mindfulness and Social Change workshop of 2019-2020 with scholar and activist Joseph Prabhu, Ph.D.

Gandhi is one of the great karma-yogis of history. Karma yoga is the yoga of work done in a spirit of selfless service to God and the world. The famous instrument that Gandhi evolved for nonviolent social change is satyagraha, the harnessing of love and truth so as to create a moral force for change.

This workshop looks at satyagraha in detail, showing how it bridges mindfulness and yoga with political action, and concretely examines how it has brought about social change in diverse settings.

Questions?
Please call the Center for Religion and Spirituality at 310-338-2799 or e-mail yoga@lmu.edu.

About the Speaker
Joseph Prabhu, Ph.D. is Professor Emeritus of Philosophy and Religion at California State University, Los Angeles (CSULA), and Adjunct Professor of Religion at Claremont Graduate University. He is both a scholar and a peace activist. He has edited The Intercultural Challenge of Raimon Panikkar (Orbis Books, 1996) and co-edited the two-volume Indian Ethics: Classical Traditions and Contemporary Challenges (Ashgate Publishing Co, 2007; Springer and Oxford University Press, India, 2019). He has also edited Raimon Panikkar as a Modern Spiritual Master (Orbis Books, 2019). He has three books in process, “Raimon Panikkar as an Interreligious Thinker,” due out in 2019, “Liberating Gandhi: Community, Empire, and a Culture of Peace,” and “Hegel, India and the Dark face of Modernity” due out in 2020. He has been a Senior Fellow of the Center for the Study of World Religions at Harvard University and of the Martin Marty Center at the University of Chicago. He has also been co-editor of ReVision from 1995-2003. He was the past President of the International Society for Asian and Comparative Philosophy, 2008-2010, and the Program Chair for the Melbourne Parliament of the World’s Religions, 2009. Among his many awards are the Outstanding Professor Award of CSULA for 2004-2005 and the Lifetime Achievement Award from Soka Gakkai, USA and Official Commendations from both the Southern California Committee of the Parliament of the World’s Religions and the Mayor of Los Angeles, Eric Garcetti, for his contributions to interfaith dialogue and civic harmony.

He served on the Board of Trustees and the Executive Committee of the Council of a Parliament of the World’s Religions from 2005-2011. He serves as well on the Advisory Board of the Toda Institute for Peace Research associated with Soka Gakkai International and the Guibord Center of Los Angeles. He is also the Co- Chair of the Southern California Committee of a Parliament of the World’s Religions from its inception in 2007 to the present. In addition, he served on a panel of experts advising the UN High Commission for Human Rights and the International Security Forum based in Geneva.

He has lectured and taught at more than seventy universities either as visiting professor or as guest lecturer in Asia, Africa, Australia, Europe and the United States, including at the universities of California, Berkeley and Chicago. He was most recently a Visiting Fellow at the Oxford Centre for Hindu Studies in Michaelmas Term 2015.

In 2016, California State University, Los Angeles, honored him with an annual endowed lecture series in his name, called the Joseph Prabhu Fund for Interfaith Peace and Justice.