On All Fronts: A Conversation with Clarissa Ward 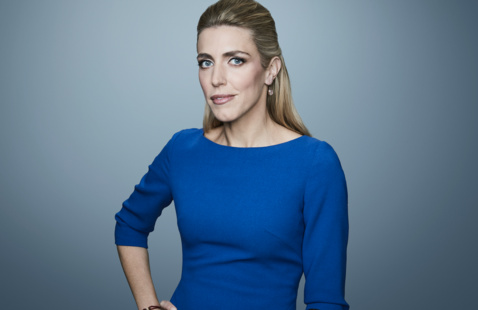 Clarissa Ward will talk about her book "On All Fronts: The Education of a Journalist."

A recipient of multiple journalism recognitions including two George Foster Peabody Awards, two Alfred I. duPont-Columbia Awards, seven Emmy Awards and two Edward R. Murrow Awards for distinguished journalism, Ward is the author of ‘On All Fronts: The Education of a Journalist’ (Penguin Press), which details her singular career as a conflict reporter and how she has documented the violent remaking of the world from close range.

Known for her in-depth investigations and high-profile assignments, Ward and her team were the first foreign journalists permitted to enter Myanmar nearly two months after a military coup earlier this year. She has since reported from India at the height of the country’s deadly second wave of coronavirus and most recently from Afghanistan, where she covered the fall of Kabul and got exclusive access to former US bases now in the hands of the Taliban.

In late 2020 Ward led the Emmy-nominated investigation of Russian opposition leader Alexey Navalny’s poisoning, even confronting a suspected member of the elite Russian toxins team at his home outside Moscow.

In 2019 her months-long, Emmy Award-winning investigation into Russia’s growing use of mercenaries – Putin’s Private Army – included the first on-camera interview with a former fighter for Wager, Russia’s most notorious private military contractor. After visiting a diamond mine with ties to a Russian oligarch in the Central African Republic, Ward and her team were followed and intimidated by a car full of Russians. After their reports came out, they were targeted by a Russian media propaganda campaign trying to discredit their reporting.

Ward has reported extensively in Syria since the start of the civil war in 2011, making multiple undercover assignments to the country.

As one of the last Western reporters to visit rebel-held Aleppo, Ward was asked to address a UN Security Council meeting on the embattled Syrian city in 2016, stating “there are no winners in Aleppo.”

Ward graduated with distinction from Yale University, and in 2013 received an Honorary Doctor of Letters degree from Middlebury College in Vermont. She speaks fluent French and Italian, conversational Russian, Arabic and Spanish and basic Mandarin.

Register for this event: https://lmula.zoom.us/webinar/register/WN_JX9arKhiQ1ahmaCipD4brQ