On the Verge Exhibition Walkthrough with Artist + Curator 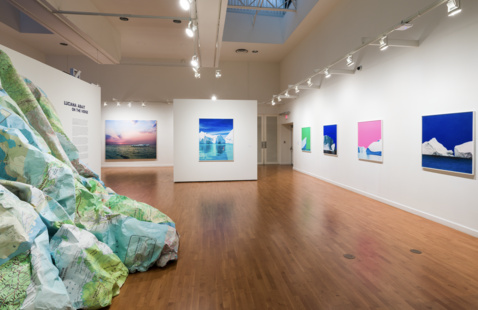 https://cfa.lmu.edu/labandgallery/events/
View map
Add to calendar
Save to Google Calendar Save to iCal Save to Outlook

Free to all
No RSVP necessary

Join Luciana Abait and Karen Rapp for a conversation in the gallery about the work in "On the Verge." The survey exhibition “Luciana Abait: On the Verge” includes more than 20 pieces created from 2017 to the present that center environmental precariousness and conjure imaginary worlds that portend global climate catastrophe.

Luciana Abait was born in Buenos Aires, Argentina, and is currently based in Los Angeles, where she is a resident artist of 18th Street Arts Center in Santa Monica. Her photo-based two-and three-dimensional works deal with climate change and environmental fragility, and their impacts on immigration in particular. Abait’s work has been shown internationally as well as extensively in Los Angeles. Abait’s artworks have been shown widely in the United States, Europe, Latin America and Asia in solo shows in galleries, museums and international art fairs. Selected exhibitions include “A Letter to The Future” at Los Angeles International Airport in California; “Flow, Blue” at Rockford College Art Museum; “Luciana Abait” at Jean Albano Gallery in Illinois; “Nest” at Lehigh University in Pennsylvania; and ARCO in Spain.