Peter Staley, ACT UP and a life in activism 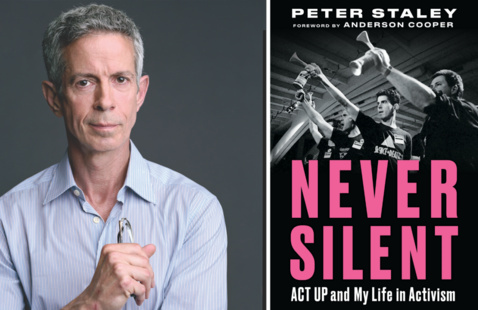 Join us for a special conversation with Peter Staley on his memoir “Never Silent: ACT UP and My Life in Activism.” The book reveals Staley’s wild ride from Wall Street bond trader to ACT UP poster boy, and the explosive and sometimes painful years to follow—years filled with triumph, humiliation, joy, loss, and persistence. ACT UP – the AIDS Coalition To Unleash Power – would change the course of AIDS, pressuring the medical and political establishment to finally respond with research that ultimately saved millions of lives. Staley organized some of the group’s most spectacular actions, from shutting down trading on the floor of the New York Stock Exchange to putting a giant condom over the house of Senator Jesse Helms.

Peter Staley has been a long-term AIDS and gay rights activist, first as an influential member of ACT UP New York, then as the founding director of TAG, the Treatment Action Group. He was a 2016 Fellow at Harvard’s Institute of Politics and is a leading subject in the Oscar-nominated documentary “How to Survive a Plague.” More recently, Staley co-founded the PrEP4All Collaboration and the COVID-19 Working Group – New York. He is also the lead named plaintiff in Staley v Gilead, a major federal antitrust case against big pharma set for trial next year.