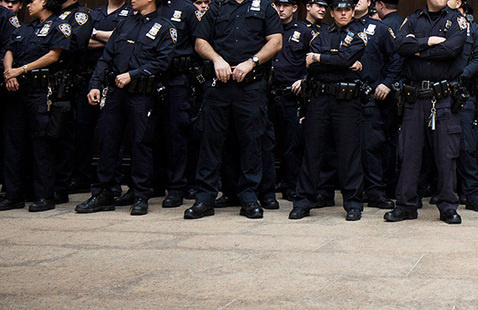 We recognize that the Los Angeles Police Department and the Los Angeles Sheriff's Department are among the largest policing organizations in the nation, and indeed the world. These institutions are responsible for serving and protecting around 14 million people. The community of Los Angeles is an economically, socially and demographically diverse group that presents multiple, complex challenges to social welfare, public order and crime control. In facing these challenges, LAPD and the Sheriff's Department, along with the federal law enforcement agencies, are at the forefront of police organization and police tactics worldwide. What happens in Los Angeles, historically and currently, sets the standards for policing around the globe.

Our goal is to provide a forum in which to discuss core developments in police organization and policing in Los Angeles; to evaluate their impact on the communities around the city; and to develop strategies for innovation and change. We seek to create a series of conversations about Policing Los Angeles, seeking input from diverse groups, including LAPD and L.A. County Sheriff's Department, as well as the police unions; members of the Los Angeles, California and United States legislative and executive officials; city, state, and federal prosecutors and defense counsel; local NGOs and civic activists; academic experts; members of the media; the Loyola student body; and the Los Angeles public.