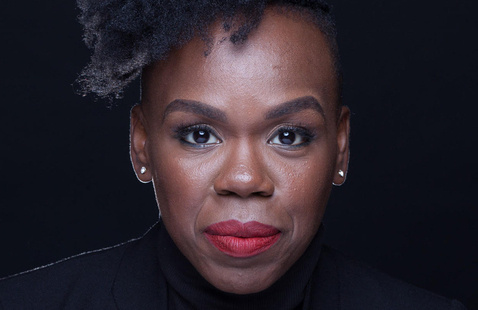 PRISM - A Spectrum of our Theatre, its Artists, and the Society that sustains them.

PRISM is the Department of Theatre Arts inaugural annual guest speaker series. We hope PRISM will be a vital connection between Loyola Marymount University and the professional theatre arts community. For Spring 2021, PRISM will thematically center Black theatre artists whose work and lived experiences foreground issues of racial and social justice. In light of COVID-19 restrictions, all lectures/workshops will be delivered live on Zoom.

Playwrighting: Good Grief, NIKE, and The Homecoming Queen. Good Grief was presented as part of the Rising Circle Collective’s 6th annual Ink Tank. Most recently Good Grief won the Inaugural CTG/Humanitas Award, and had a world premiere at the CTG/Kirk Douglas Theatre in the 2016/17 season as well as being listed in the 2016 annual Kilroy's List and was a semi finalist for the Princess a Grace. NIKE was recently presented as part of the National Black Theatre’s Keep Soul Alive Monday Reading Series and The NewBlack Fest in conjunction with The Lark Playwrighting Development Center. An excerpt of The Homecoming Queen was developed as part of The Fire This Time's Inaugural's Writers group, Page 73’s summer residency and The New Harmony Project. The Homecoming Queen will have a world premiere at The Atlantic Theatre in the 17/18 season and is a Leah Ryan Finalist. Anyanwu is also a recipient of the Mimi Steinberg Award, The Djerassi Artist Residency, as well as Space on Ryder Farm and the LCT Playwrights Residency and The Founders Award with New York Stage and Film.

Speakers and Seminars College of Communication and Fine Arts Diversity, Equity and Inclusion

Register for this event here: https://cfa.lmu.edu/rsvp/