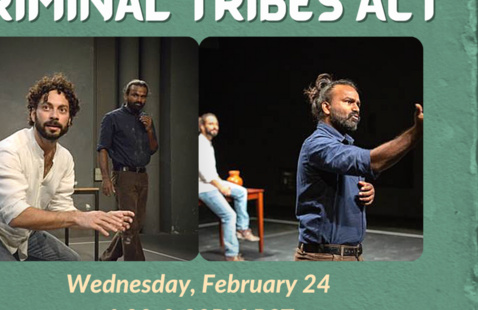 The Center for Asian Business, Asian Pacific Student Services, and South Asian Student Association present a special screening of the play Criminal Tribes Act followed by a discussion with the entire production group.

Criminal Tribes Act began as a piece about the Criminal Tribes Act of 1871, a discriminatory and oppressive legislation brought by the British. It soon, however, evolved into a conversation on the caste-system in India. The show premiered in Zurich in 2018 and has since been performed in Munich, Beirut, Tokyo and Kyoto, apart from multiple cities in India. This version of the play has been specially adapted for video in October 2020.