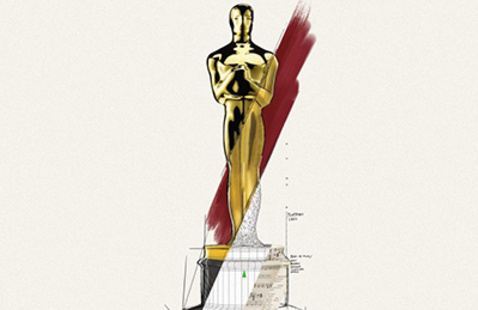 The Student Academy Awards is an international student film competition, established in 1972. Each year, college and university film students from all over the world compete for awards and cash grants, with films being judged in the following categories: Animation, Documentary, Live Action Narrative and Alternative/Experimental. Past Student Academy Award winners have gone on to win 11 Oscars, and receive 63 Oscar nominations. Past SAA winners include Pete Docter, Robert Zemeckis, Patricia Riggen, Cary Joji Fukunaga, Patricia Cardoso and Spike Lee.

Shawn Guthrie oversees the Student Academy Awards program and the Academy Grants program for the Academy of Motion Picture Arts and Sciences.  His career at the Academy began 20 years ago in the Nicholl Fellowships in Screenwriting program, a position to which he brought many years of experience in screenwriting and screenwriting competitions.  For the last fifteen years he’s run the Academy’s Grants Department where he’s overseen the distribution of over $12 million in grants to film festivals, educational programs, internship programs and film scholars. Eight years ago he took over leadership of the Student Academy Awards which annually acknowledges the best college-level student filmmakers from around the world.  He took the awards online and oversaw the largest expansion in the program’s history as entries more than tripled from his first year at the helm.  The first job he ever loved was working for the Austin Film Festival while still in college at the University of Texas.