Justice and Spirituality on Screen: "The Breadwinner" 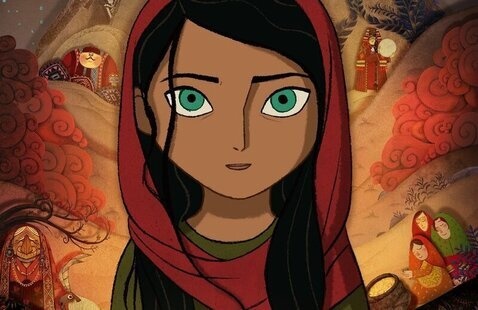 The CSJ Center for Reconciliation & Justice invites you to this Justice and Spirituality on Screen discussion of The Breadwinner, a 2017 animated feature film directed by Nora Twomey and produced by Irish animation studio Cartoon Saloon, based on the novel by Deborah Ellis.

Program and Panel
The CSJ Center's Justice and Spirituality on Screen series engages questions of faith and culture through the lens of modern cinema.  It is cosponsored by the LMU School of Film and Television, Center for Religion and Spirituality, and William H. Hannon Library. The 2021-2022 series theme echoes that of the CSJ Center's annual symposium, Faces of Justice.

To Participate
This is a two-part online event. The panel discussion will stream on the Center's YouTube and Facebook pages on Wednesday evening, October 20, at 6:30 p.m. (Pacific). Participants are invited to post questions in the comments sections. The Q&A with the panel will then stream on Friday, October 22, at 6:30 p.m. (Pacific). For more information, contact Ms. Stefani Mejia at the CSJ Center at stefani.mejia@lmu.edu.

Watch the Film
Due to pandemic restrictions, we are unable to hold a screening of this film. The Breadwinner is available on the following streaming services:

For those in the LMU community, check to see the availability of this film for streaming via one of the Hannon Library streaming databases, such as Kanopy or Swank Digital Campus.