The Creative Mind: Using Cognitive Science to Improve Understanding and Pedagogy of the Arts 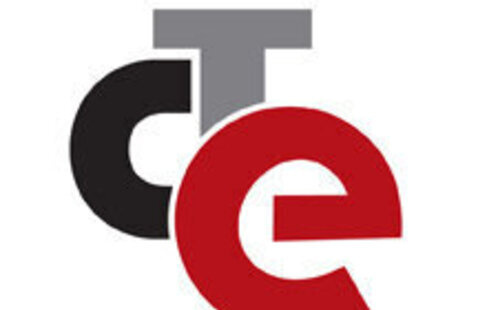 Center for Teaching Excellence, UNH 3030 View map Free Event
Add to calendar
Save to Google Calendar Save to iCal Save to Outlook

No matter the form or genre, all art is an expression or application of creative skill and imagination that can be appreciated for its beauty, impact, or emotional effect. Because art is an outgrowth of culture and society, we can often perceive similar aesthetics between diverse art forms that are produced in the same context and time period. For example, Enlightenment ideals are evident in both Mozart’s sonatas and the Federal-style architecture of our capitol buildings.  However, we approach each art form with different cognitive abilities specific to its medium. Music and dance are genres that unfold over time, in contrast to the visual arts that present a whole work at once. Since our cognitive processes for conceptualizing and organizing time are different than those for visual and spatial stimuli, we perceive the art differently. In this presentation/workshop, we will explore the role of our cognitive processes in the understanding and teaching of the arts. Specifically, using interactive exercises we will demonstrate the importance of memory and image schema for conceptualizing meaning in music, visual arts, theatre, and dance.

Deborah Rifkin (Associate Professor of Music Theory) is an award-winning music theory and sight-singing teacher at Ithaca College in the Finger Lakes region of New York State. Her research interests include the music of 20th-century neo-tonal composers, feminist and narrative theories and their contributions to music analysis, and pedagogy of aural skills. She has published articles in Music Theory Spectrum, Theory and Practice, twentieth-century music, Ex Tempore, and Journal of Music Theory Pedagogy. She also has a book chapter forthcoming (2014) in Analytic Essays on Music by Women Composers published by Oxford University Press. She earned her Ph.D. in music theory in 2000 from the Eastman School of Music. Deborah started out as a classical violinist, earning prizes and prestigious seats in regional orchestras in her youth and graduate studies. She studied with Janet Baker, Andrew Jennings, and Hamao Fujiwara. Now, she is an avid fiddler, performing and teaching Klezmer, Celtic, and contradance styles each summer at Folk College, in the hills of Pennsylvania.

Throughout twenty years of teaching college music majors at some of the top conservatories in the country, (Eastman School of Music, University of Michigan, Oberlin College Conservatory, and Ithaca College,) Deborah noticed that aural skills develop more slowly than other kinds of learning, such as written or kinesthetic skills. Intrigued by this phenomenon, which suggests that the learning process for aural skills could be different compared to other types, she collaborated with Philip Stoecker (from Hofstra University) to develop a learning taxonomy geared specifically for music classes. Deborah and Philip sought adaptations of Bloom’s taxonomy that catered specifically to music learning by accommodating the time-sensitive nature of performed arts, rather than the more spatial emphasis that arguably persists with most learning theories. Their resultant music learning taxonomy, which integrates recent advances in cognition and pedagogy studies, has garnered national attention not only among college music teachers, but also in general education communities invested in evidence-based scholarship of teaching and learning, such as ISSOTL and the Lilly Conferences.

Articles written by Rifkin that might interest those attending the talk include:

Lunch will be provided. Please RSVP to teachers@lmu.edu or x85866.

This program will be video and audio taped and may be podcast. By your willing participation in the program, you expressly and irrevocably consent to be photographed, videotaped and/or audio taped and quoted/cited. The films, tapes, and other digital recordings will become the property of the Center of Teaching Excellence, LMU.