The Greek Orthodox Church in America: A Modern History 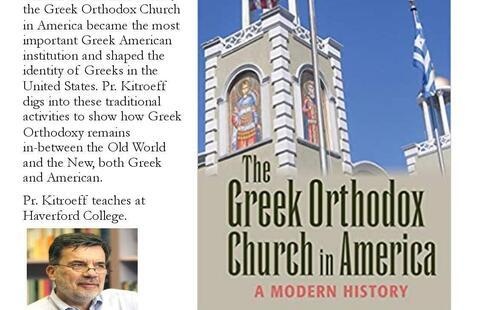 The event is co-hosted by The Caloyeras Center for Modern Greek Studies at Loyola Marymount University, the Saint Sophia Cathedral, and the Hellenic Library of Southern California.

Professor Alexander Kitroeff speaks about his book The Greek Orthodox Church in America: A Modern History.

"Assuming the responsibility of running Greek-language schools and encouraging local parishes to engage in cultural and social activities, the Greek Orthodox Church in America became the most important Greek American institution and shaped the identity of Greeks in the United States. Pr. Kitroeff digs into these traditional activities to show how Greek Orthodoxy remains in-between the Old World and the New, both Greek and American."

Rsvp by Monday 11/16 at ModernGreekStudies@lmu.edu to receive your Zoom link