"The Inventor: Out for Blood in Silicon Valley" - Film Screening 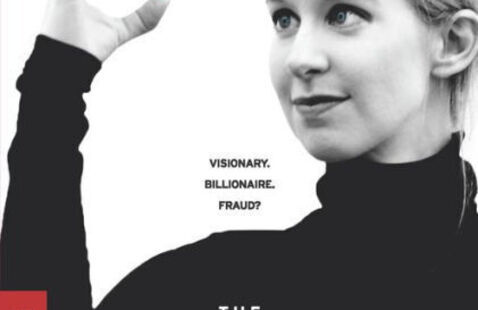 https://inventor-film-screening.eventbrite.com
View map Free Event
Add to calendar
Save to Google Calendar Save to iCal Save to Outlook

Academy Award winner Alex Gibney directs this gripping documentary film investigating the rise and fall of Theranos, the one-time multibillion-dollar healthcare company founded by Elizabeth Holmes.  The film features JOHN CARREYROU, the prize winning journalist who first broke the story and pursued it to the end.  Mr. Carreyrou will also be appearing at LMU’s Playa Vista Campus on Thursday, March 19th for a live discussion of his bestselling book, Bad Blood.

View the trailer here for a preview of the film.

In 2004, Elizabeth Holmes dropped out of Stanford to start a company that was going to revolutionize healthcare. In 2014, Theranos was valued at $9 billion, making Holmes, who was touted as “the next Steve Jobs,” the youngest self-made female billionaire in the world. Just two years later, Theranos was cited as a “massive fraud” by the SEC, and its value was less than zero.

Drawing on extraordinary access to never-before-seen footage and testimony from key insiders, director Alex Gibney will tell a Silicon Valley tale that was too good to be true. With all the drama of a real-life heist film, the documentary will examine how this could have happened and who is responsible, while exploring the psychology of deception.

The Playa Vista Campus is located at The Brickyard complex in the Playa Vista neighborhood of Los Angeles. A free shuttle service from the LMU Westchester campus is open to the public, and is a convenient option for people commuting between campuses. You can board the shuttle at the University Hall flagpoles, or at Lawton Plaza, just opposite the library. When you arrive at the Brickyard, enter the building via the east lobby at the corner of W. Waterfront Drive and S. Lake Center Drive (look for the Loyola Marymount University sign), and proceed to the second floor.