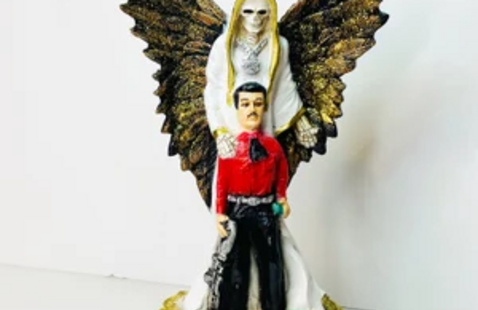 Ahmanson Auditorium, University Hall View map
Add to calendar
Save to Google Calendar Save to iCal Save to Outlook

http://bellarmine.lmu.edu/bellarmineforum
View map
Add to calendar
Save to Google Calendar Save to iCal Save to Outlook

This lecture will examine how lived religion is shaped by the particular context of the U.S. Latinx borderlands. The borderlands, a heterotopic space, provides the context for the creation of devotion to saints that is itself heterotopic. These saints, sometimes called pseudo-saints, are seen as transgressive and problematic for Roman Catholic orthodoxy as well as the Mexican state yet they attract great loyalty and devotion from their followers. How do we understand the devotion to these heterotopic and transgressive saints like Santa Muerte in the context of the borderlands, a location that only amplifies the realities of life marked by impoverishment due to the lack of basic civil (human) rights such as safety, healthcare, employment, housing, food? Is it possible that Santa Muerte, dubbed a “narco saint” by the media/state, truly does represent hope to a population that Claudio Lomnitz argues has an “increasingly tenuous relationship to the state”?