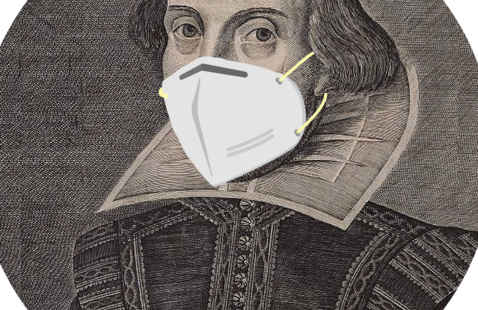 Shakespeare on the Bluff - online!
RSVP for online access

Join us for a free, online performance of The Two Noble Kinsmen! Shakespeare's last play, written with John Fletcher, who replaced him as the resident playwright of the King's Men, is based on a story from Chaucer. Theseus, the king of Athens, at the request of three queens whose husbands have been killed and remain unburied at the order of the wicked King Creon of Thebes, invades that city and conquers it.  Cousins Palamon and Arcite, the two noblest warriors in Thebes, are taken prisoner.  Both fall in love with Theseus's sister-in-law Emelia and escape prison to pursue her, while their jailer's daughter has fallen madly in love with Palamon - literally.  She goes crazy when he does not return her love.  Shakespeare's final play concerns friendship and the pain of unrequited love, resolving these doomed relationships in an unexpected yet oddly satisfying way.