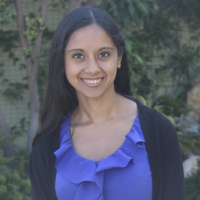 Najwa Culver, PhD is co-director of the CBT for Psychosis Clinic at the VA West Los Angeles Medical Center. She provides evidence-based treatment to veterans with psychotic spectrum disorders and teaches cognitive behavioral therapy as well as acceptance and commitment therapy to psychology pre-interns, psychology postdoctoral fellows, and psychiatry residents.

Dr. Culver’s research has focused on investigating methods for enhancing the effectiveness of behavioral treatments for anxiety disorders. She has completed VA certification in Cognitive  Processing Therapy and is trained in Prolonged Exposure, both of which are evidence-based treatments for PTSD. She also has extensive experience in behavioral treatments for insomnia including CBTI and BBTI and is interested in the role that poor sleep plays in the maintenance/exacerbation of PTSD symptoms. Dr. Culver is particularly interested in the intersection of trauma and psychosis.

Dr. Culver has developed several new treatment groups for veterans including a mindfulness-based intervention for tinnitus, an ACT group, a weekly drop-in mindfulness group, and a cognitive rehabilitation group for patients with moderate to severe traumatic brain injury.

In addition to her position at the VA, Dr. Culver has a private practice in West Los Angeles where she works with patients addressing a variety of needs including
treatment for anxiety, PTSD, and insomnia as well as working with couples to enhance relationship satisfaction.